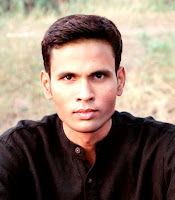 SHAH ALAM
Festival Founder & Director
Dr. Shah Alam Rana is an alumnus of Dr. Ram Manohar Lohia Avadh University, Ayodhya and Jamia Millia Islamia Central University, New Delhi. He is a passionate journalist and Activist for more than two decades and he marched on foot for communal harmony from Chitrakoot to Ayodhya in 2002, from Menhdiganj to Sinhchar  in 2004. Besides these marches, In 2005 he also walked for the Indo-Pak Peace from Delhi to Multan and from Kannauj to Ayodhya. and later in the Kabir Peace Harmony Campaign he marched from Ayodhya to Maghar in 2007 and from Kosi to Ganga in 2009.
In 2003-04, Dr. Shah Alam Rana completed research work for a documentary film 'Shakti-Punj' with Mr. Ashok Jatin. In 2005 he initiated a 15 days campaign namely “Ghoos ko Ghoosa '' under the Right to Information Act. In 2006, he launched a musical video named  'Virasat’ which became very popular and was released by Mohan Singh (Member of Parliament), Sandeep Dixit and Medha Patekar including former Inspector General and activist S R Darapuri.
In the year 2006, started a campaign  named 'Awam ka Cinema' in which the regions/districts of Mau, Azamgarh, Barhaj, Chauri- Chaura, Kaithi, Auraiya, Etawah, Ayodhya were included. Later, the event extended to Bijnor, Rajasthan, Jammu and Kargil. During the year 2009, he made the documentary ‘Rising from the ashes’, which gained popularity and was based upon the life of Sharif chacha. Later, the Government of India awarded him with a Padmashri.
Dr. Shah Alam also campaigned for the formation of a Chambal regiment in the Indian Army in 2009-10, which has been passed by the Defence Committee of Parliament. In the year 2012 with the efforts of the PCI, the commission was formed for the communal reporting of the media. In addition, he also initiated the campaign of establishing Chambal University on 09th August 2015.
Focusing the year 2016, Dr. Shah Alam did many extraordinary tasks such as he traveled more than 2800 kms on his bicycle to understand and solve the problems faced by the residents of Chambal Valley. On the completion of 70 years of Independence and ‘Chambal Parliament' he dedicated a drive of 2338 kms which was named 'Azadi ki dagar pe paon'.
Dr. Rana worked as an executive producer for the first feature film ‘Excreta’ based on manual scavenging, which was selected in the FBR section of NFDC.  He acted in a non-hindi film made on the previous life of Gautam Buddha. He has his major contribution as an author of Matrivedi (Bagiyon ki Amargatha), Beehad mein Cycle, Chambal Manifesto, Azadi ki Dagar pe Paanv, Commander in chief Gendalal Dixit, Bandukon ka Patjhar, Corona Karawas mein Yuva Sangharsh.
He is the founder of K Asif Chambal International Film Festival, Chauri-Chaura International Film Festival, Chambal Literary Festival, Chambal Museum, Panchnad Deep Parv, Chambal Heritage Walk, Chambal Marathon, Chambal Kathal Festival, Chambal Cricket League, National Chambal Shooting Championship, Chambal Arms Wrestling Championship, Commander Arjun Singh Bhadauria Smriti Samaroh, Mahua Dabar Janvidroh Divas Samaroh, Chambal Vidyapeeth, Chambal Tourism, Chambal Dangal and Chambal Bird Festival. In 2018, National Broadcasting service of Doordarshan aired a special interview of Dr Shah Alam for the 'Good Evening India' program.  In 2021, He also observed a fast unto death with a 6 point demand for Commander Gendalal Dixit.
In 2012, Dr. Shah received honor from Rajyasabha Chairman and in 2021 by Hon'ble Governor. In 2022, International Open University of Humanity and Health Science and Peace, California felicitated him with Honorary D. Lit. for his efforts towards society. 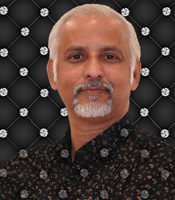 PROF. DR. MOHAN DAS
Chairman, Festival Jury & Director
Award winning Writer, Director, Prof. Dr. Mohan Das apart from film making has successfully conducted the Lakecity International Film Festival, Gwalior over the years and has now widened his horizons by taking the concept of film festivals to various cities across India and the globe. With Lakecity being a yearly event well entrenched on to the scene, he is all set to promote Indian Cinema, Art and Culture onto a global platform by joining hands and collaborating with a multitude of film festivals in many countries or offering support to a host of upcoming festivals across the world. Ayodhya International Film Festival which is now in its 13th edition is an offshoot of the same idea that aims at bringing the science, art and emotion through world cinema to the people of Ayodhya and Uttar Pradesh. 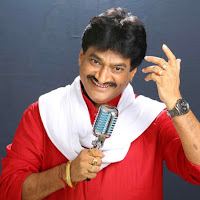 DR. KESIRAJU SRINIVAS (GHAZAL)
Festival Advisor
Triple Guinness Records Holder consecutively for the years 2008, 2009 & 2010, Dr. Kesiraju Srinivas or the famed Ghazal Srinivas as he’s addressed is the only Ghazal singer who has sung in 125 Global Languages for which he was conferred with the Guinness World Records titles. Apart from his ghazal singing, he is also a versatile actor and has played a lead role in the Telugu film ‘Vichitram’ directed by Sri Jandhyala, following which, he has also performed a special role in the super hit Telugu film ‘A Film by Arrvind’ directed by Sekhar Suri. He is the major support and pillar of the festival and heads the Festival Committee as Chairman. 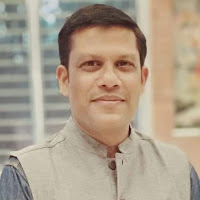 Ayodhya Film Festival
Founded under the aegis of Awam Ka Cinema that began its journey in 2006 from Ayodhya, "Awam ka Cinema" which in literal sense means “The People’s Cinema” is organised by the contribution of 'Awam' and for the 'Awam' only. A Non-Profitable organization, Awam ka Cinema (The People’s cinema) is an attempt to spread awareness, action and bring a wave of change in society through films as well. With a prime focus on social-reforms, the 16th Ayodhya Film Festival is Uttar Pradesh’ first & the biggest Film Festival held in Ayodhya.